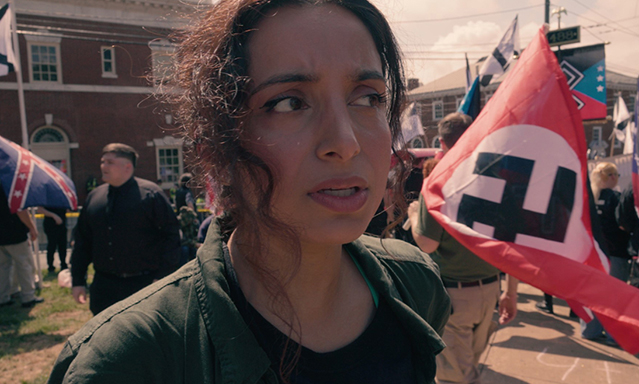 Join Cinema Politica Concordia for the Quebec premiere of the Emmy-winning documentary WHITE RIGHT: MEETING THE ENEMY, in which director Deeyah Khan meets with U.S. neo-Nazis & white nationalists and investigates the resurgence of far-right extremism in the country.

The screening will be followed by a panel discussion with:

This screening is co-presented with Montréal Antifasciste and Sub.Media. Admission is by donation ($5-10 suggested). The venue is wheelchair accessible. Childcare provided on site by the Montreal Childcare Collective with 24 hour notice (https://childcarecollective.wordpress.com/about/ )

In this Emmy-winning documentary, acclaimed Muslim filmmaker Deeyah Khan meets U.S. neo-Nazis and white nationalists, including Richard Spencer, face to face. She attends the now-infamous Unite the Right rally in Charlottesville and seeks to understand the personal and political motivations behind the resurgence of far-right extremism in the U.S. Deeyah's safety is jeopardized while she attempts to discover new possibilities for connection and solutions, and her film is an urgent, resonant and personal look at race wars in America.