The city redecorated for May Day 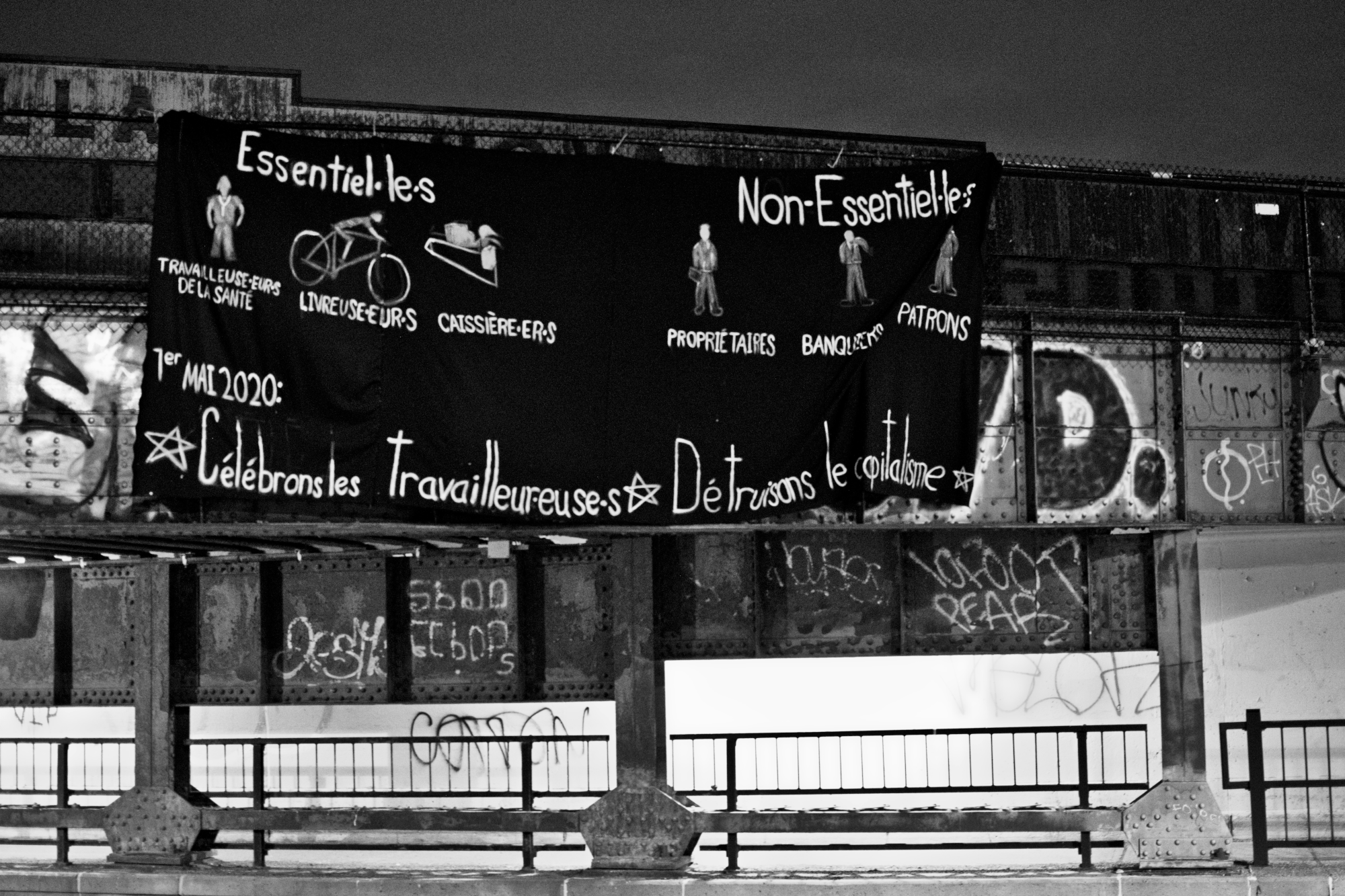 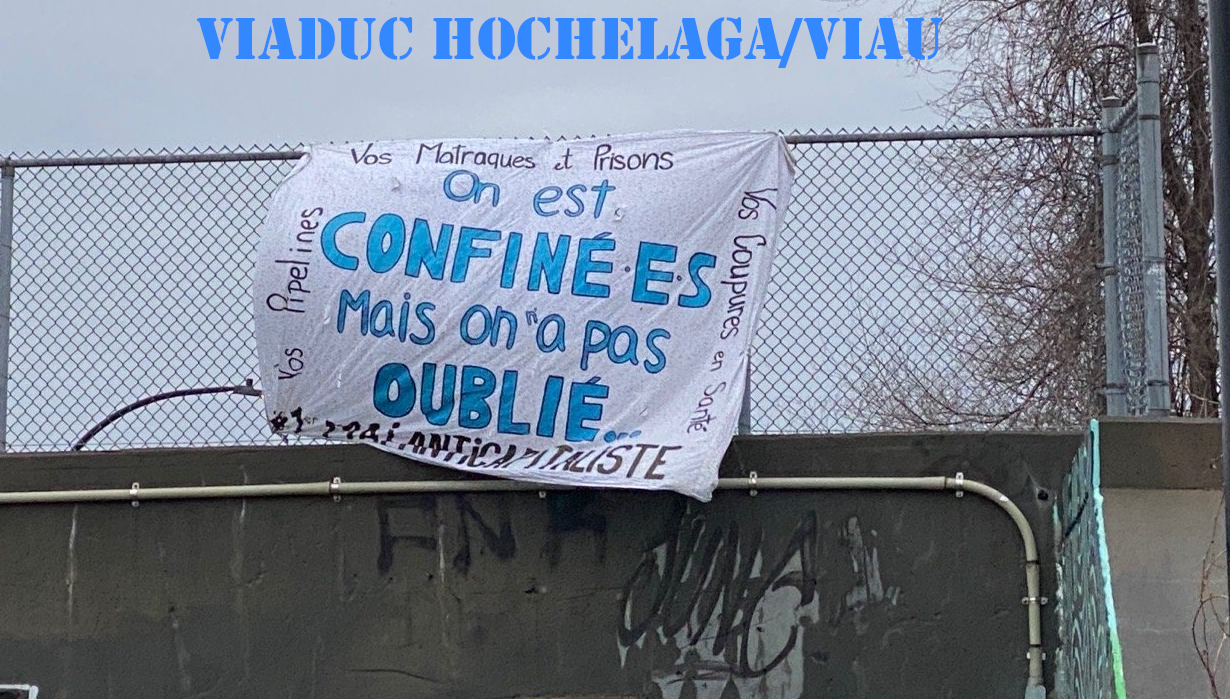 Seen at Hochelaga/Viau overpass :
"We are confined but did not forget... Anticapitalist May Day
Your batons and prisons
Your pipelines
Your healthcare cuts" 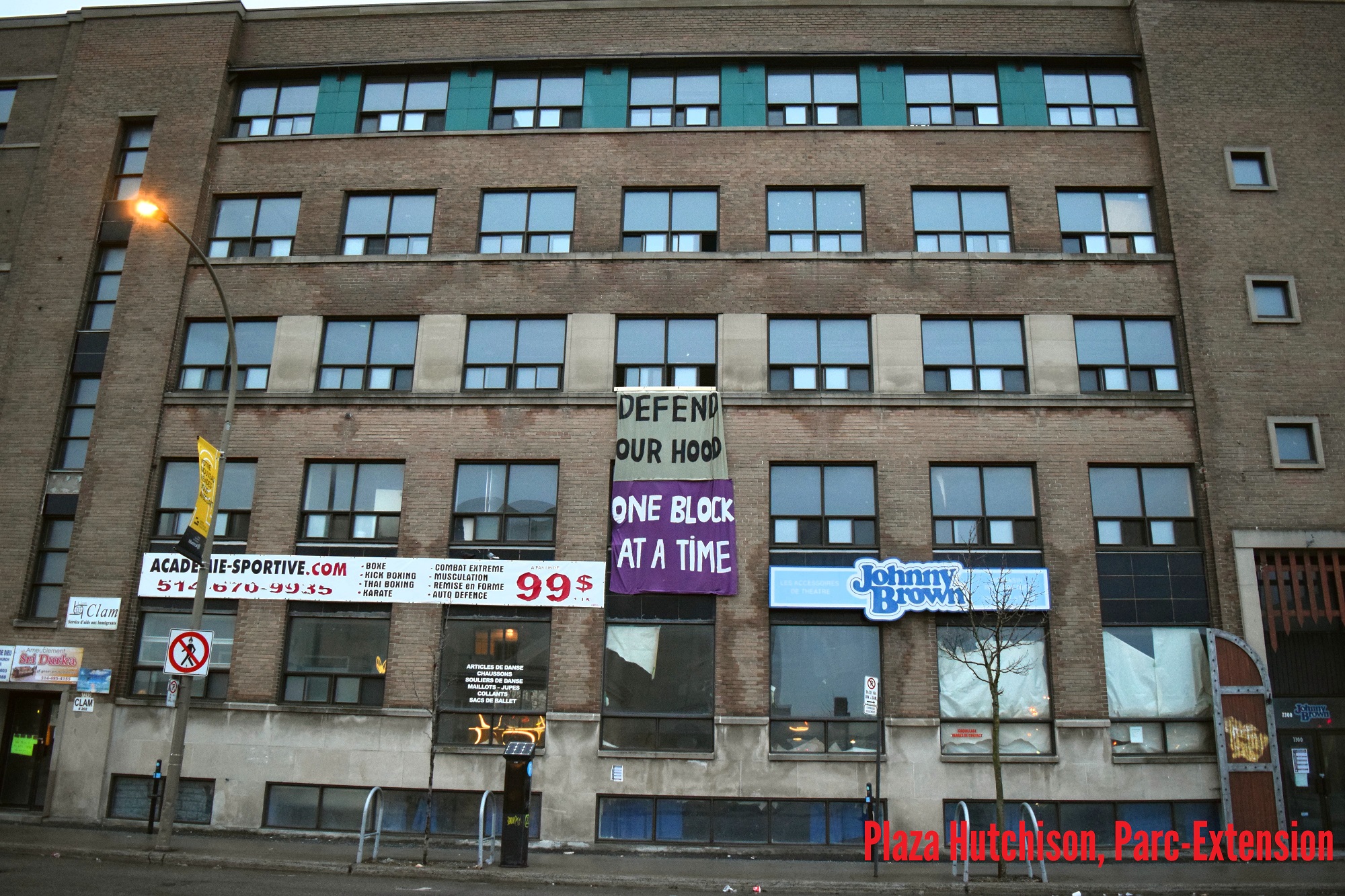 Plaza Hutchison, Parc-Extension
Banner that reads:
"Defend our hood, one block at a time" 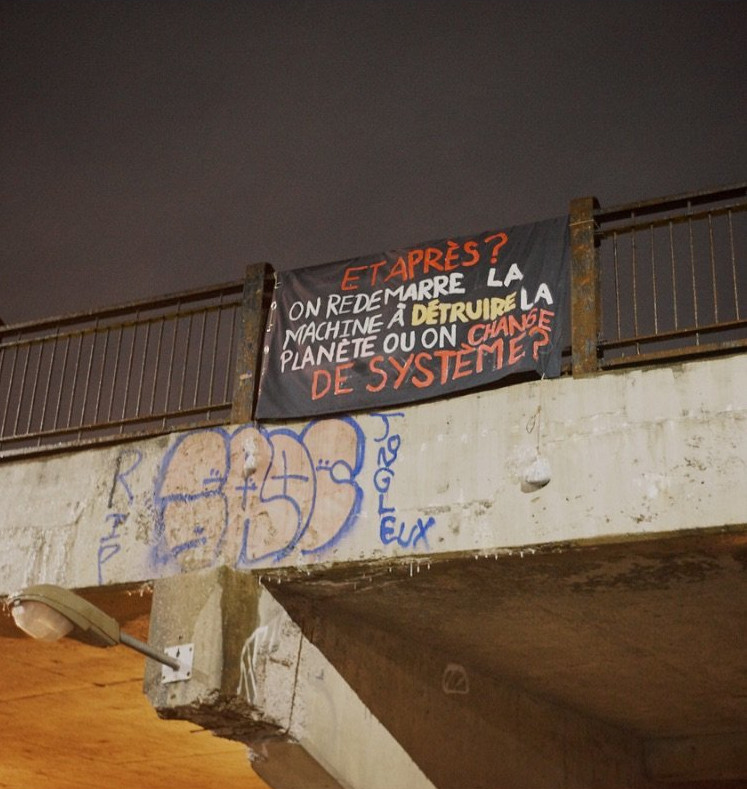 Banner that reads:
And after? Do we restart the machine that destroys the planet or change the system?

Banners and posters deployed around Rouyn-Noranda 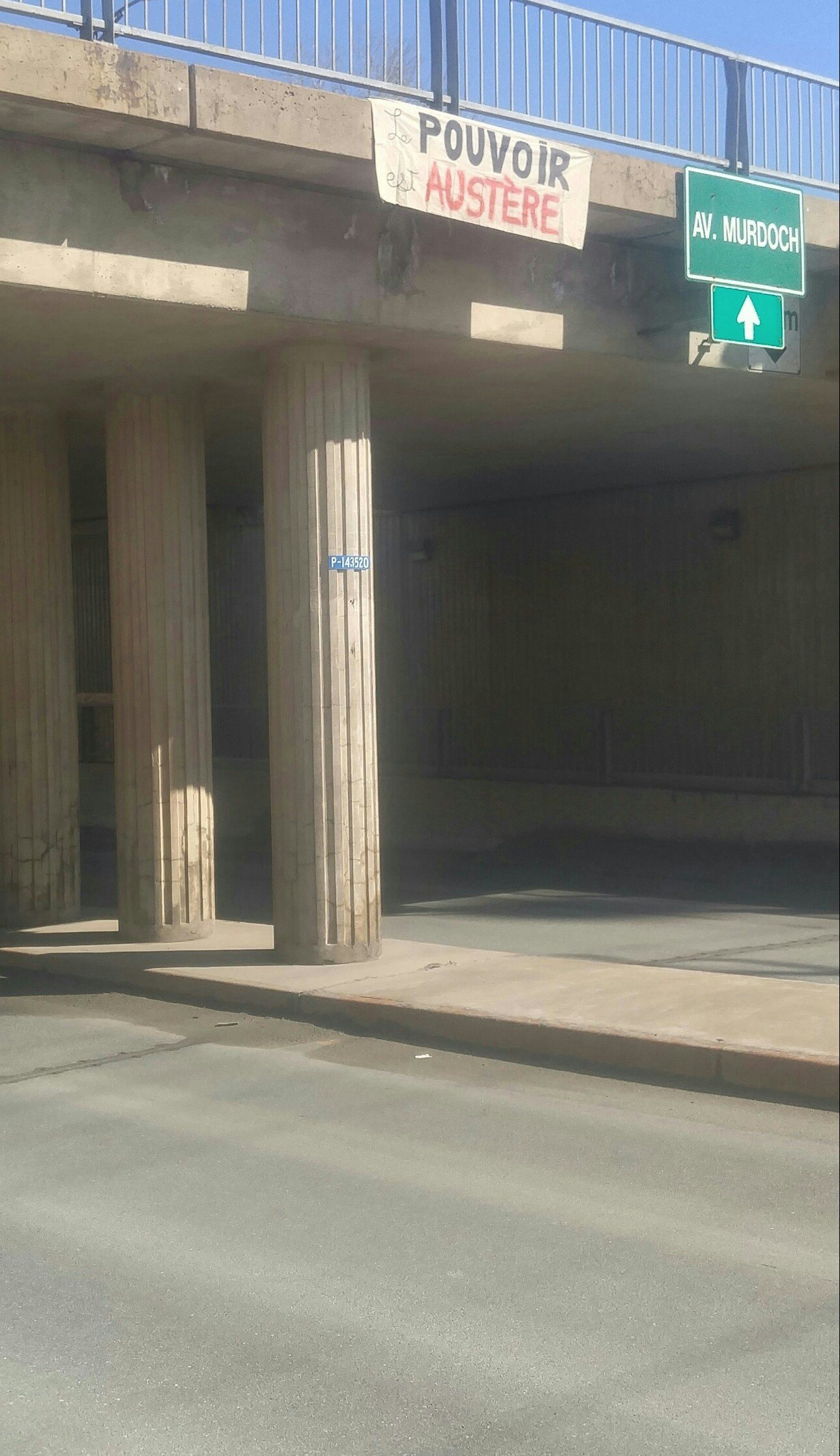 "The power is austere" 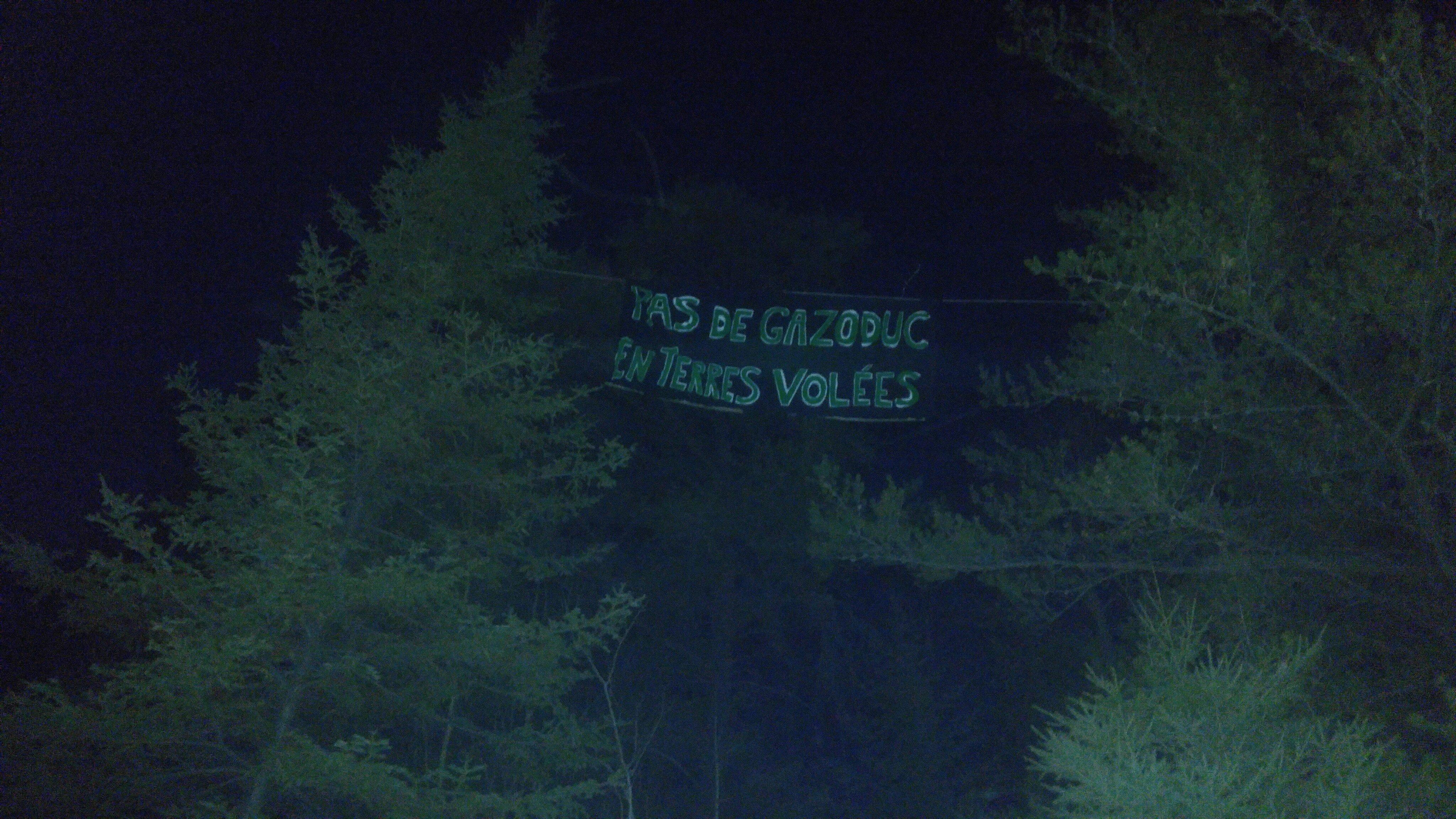 "No gazoduc in stolen lands" 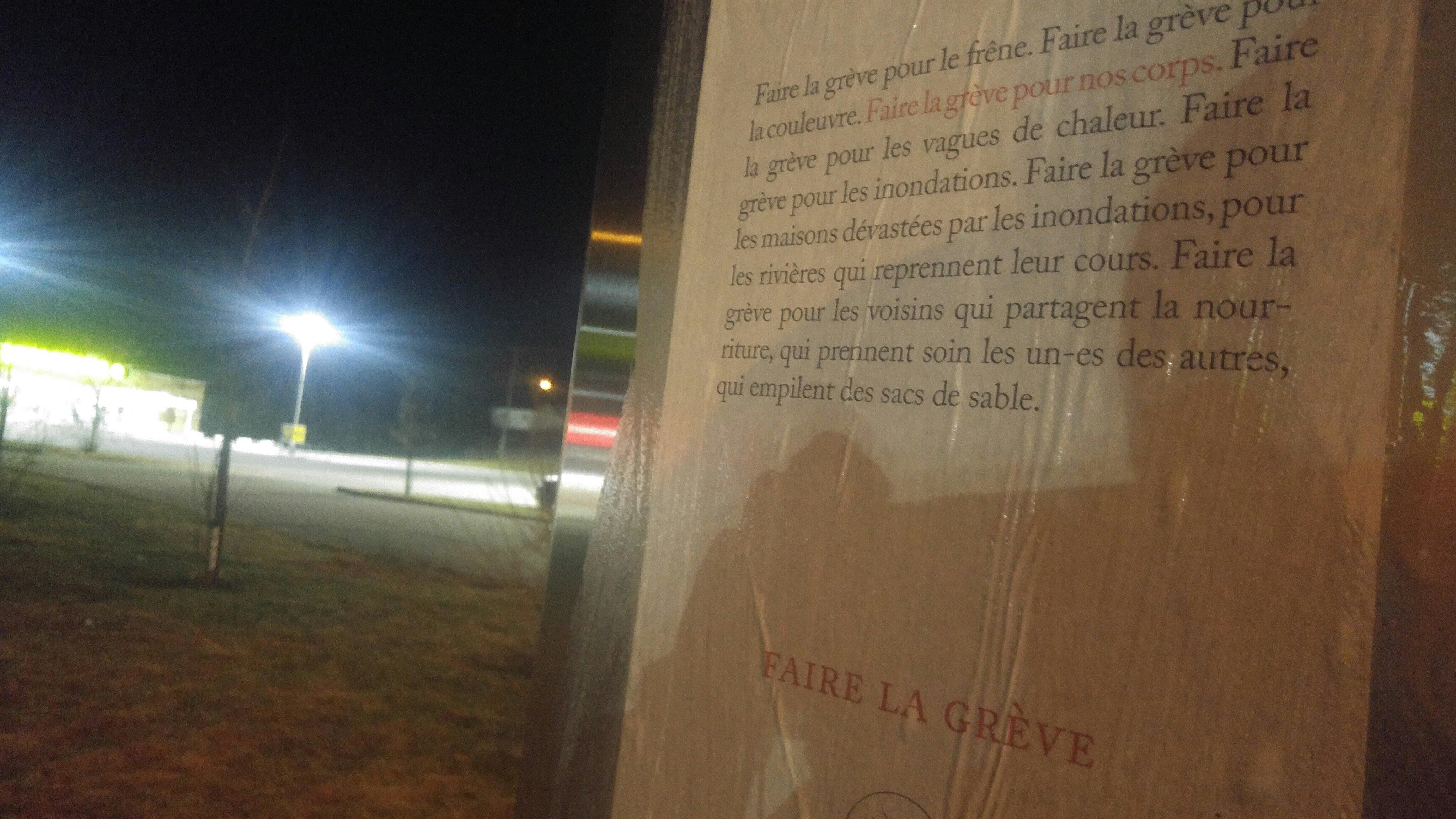 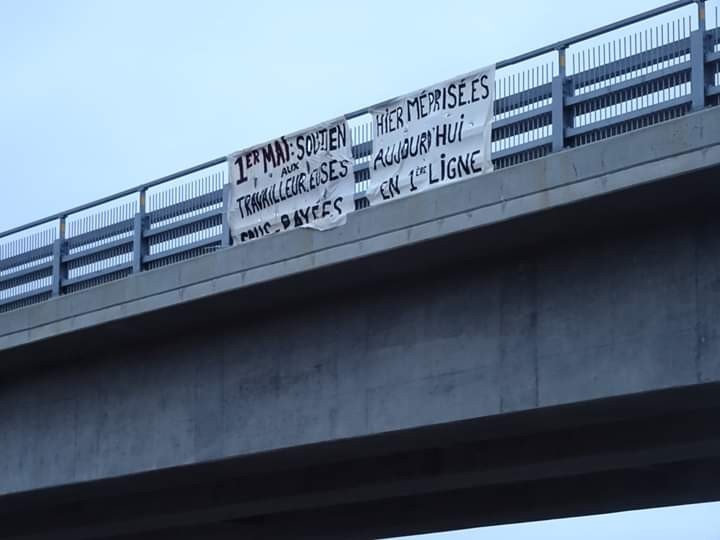 Seen this morning on A20 highway near L'Isle-Verte, between Trois-Pistoles and Rivière-du-Loup
"May Day: support to the underpaid workers. Despised yesterday, on the front line today !"

The IWW put together my photos of more banners on their Facebook page. 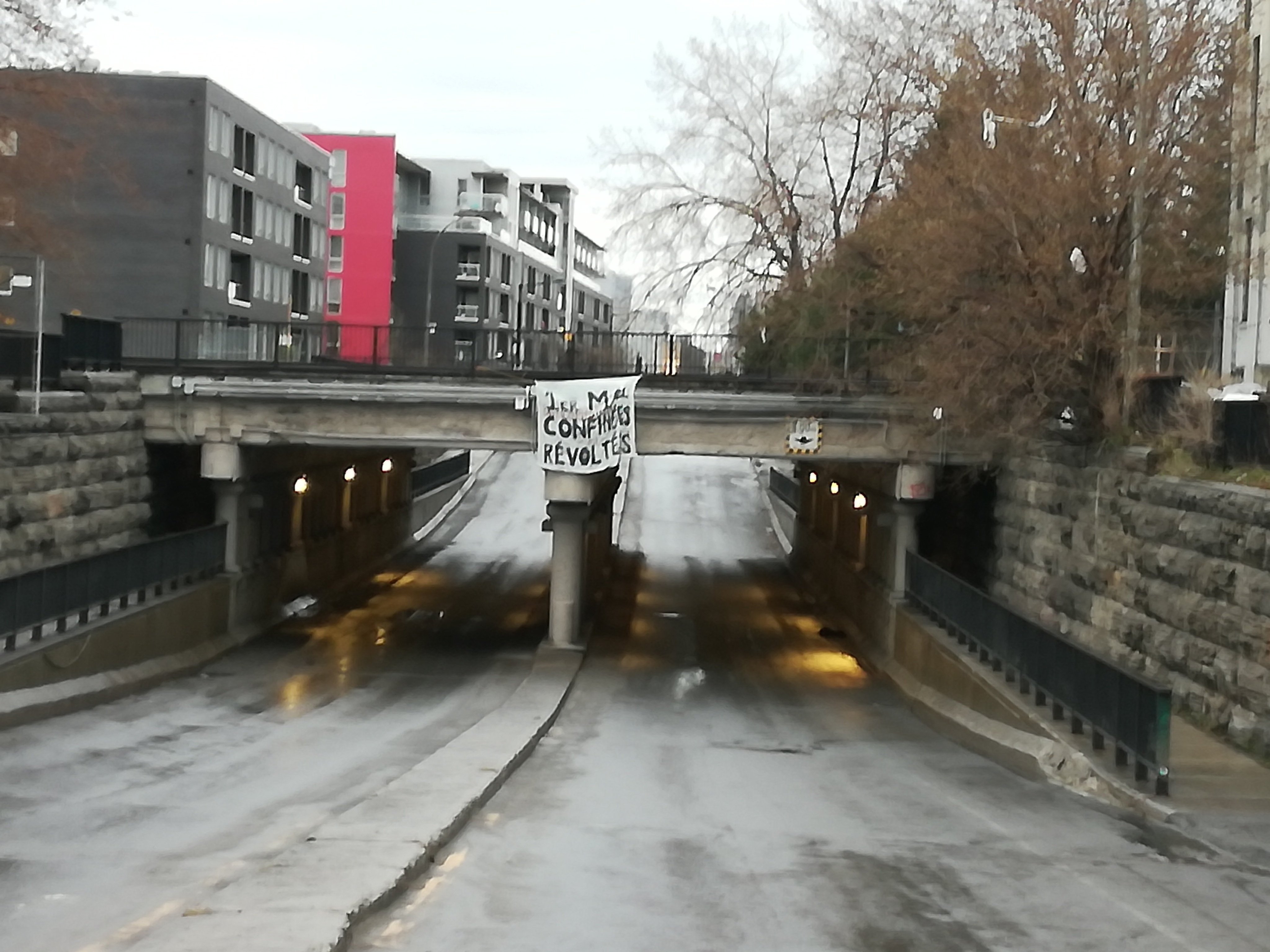 A banner that reads: Anticapitalist May Day. Confined & revolted 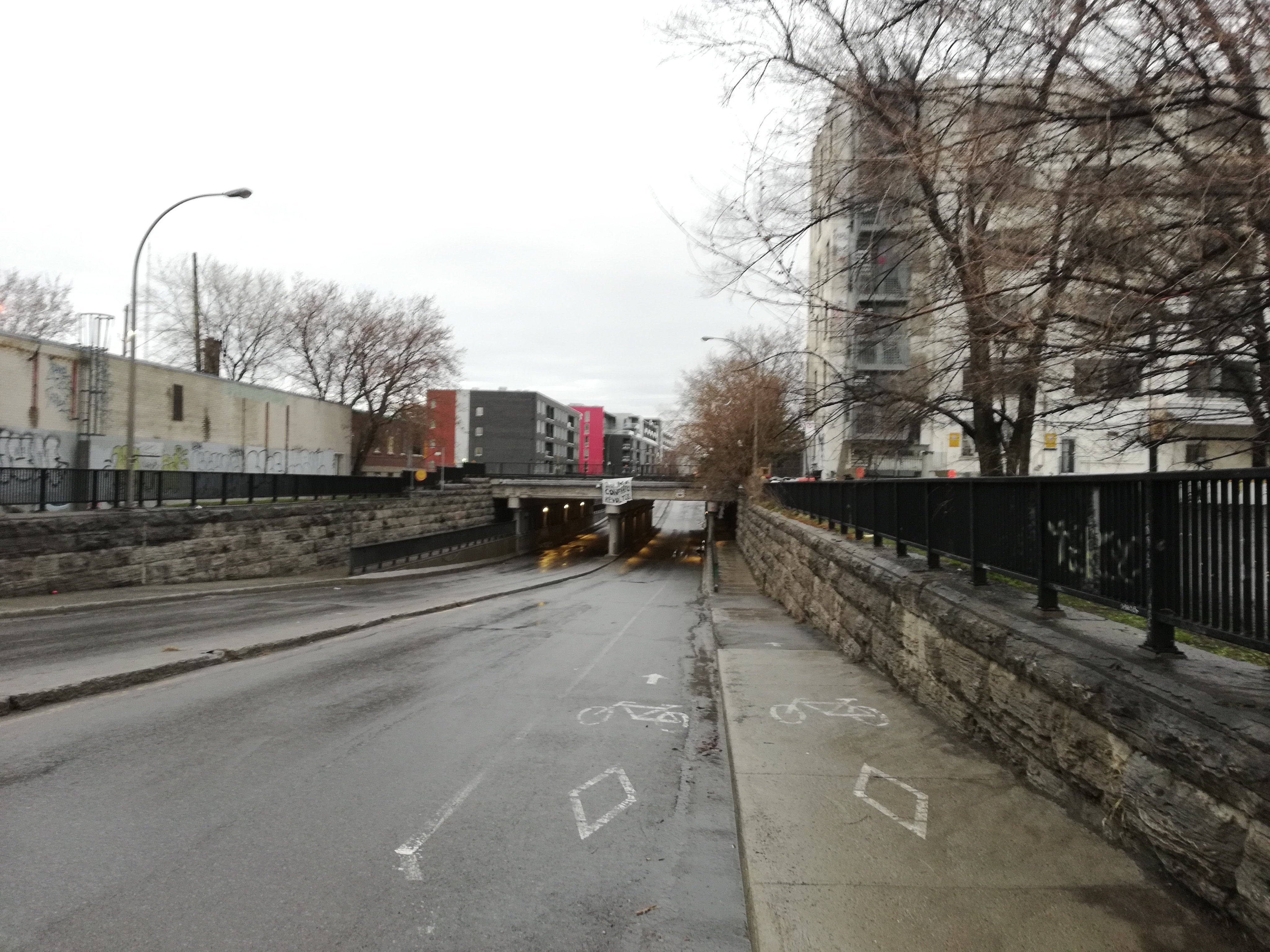 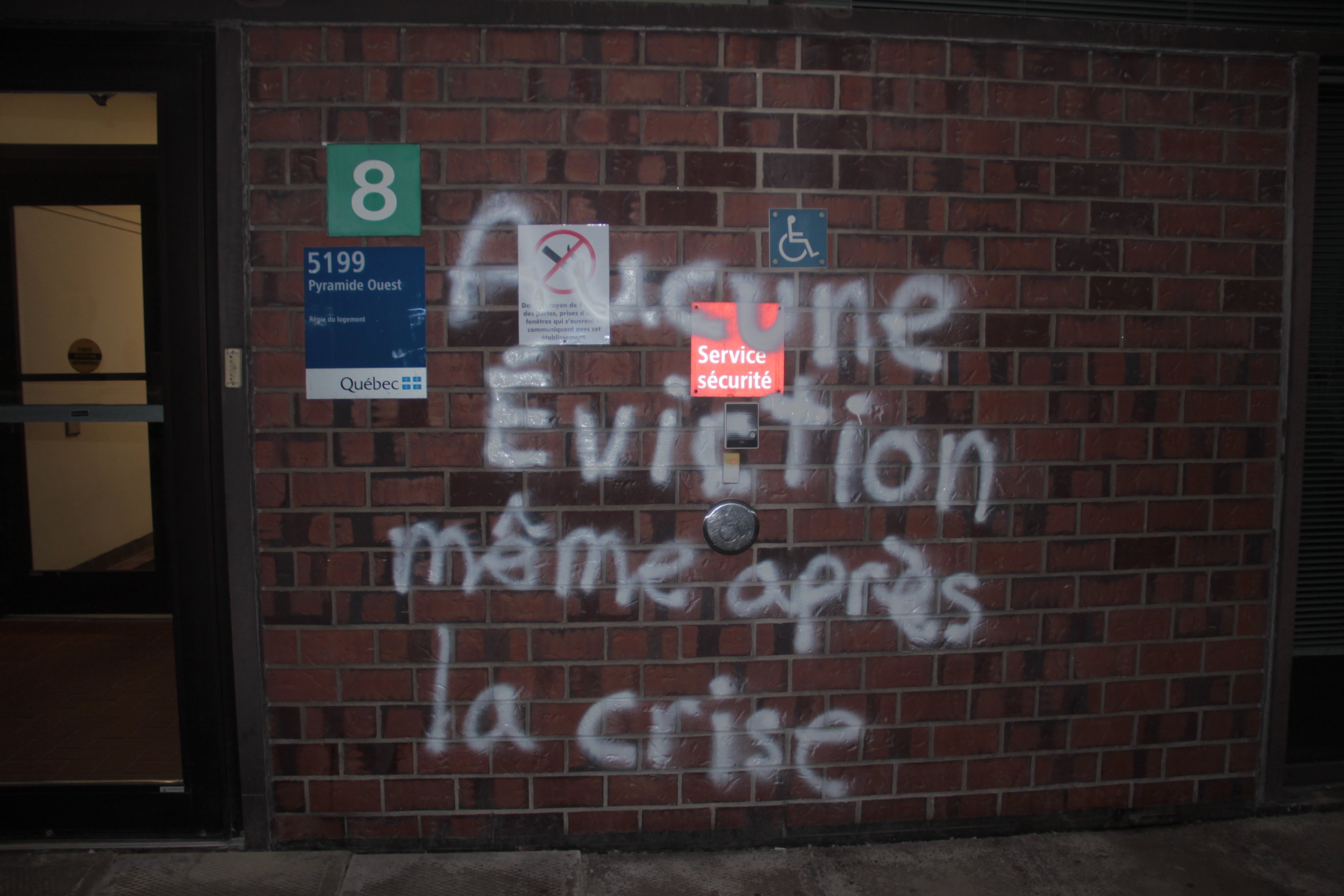 "No Evictions, even after the crisis"
Action from "Pas de logement, pas de quarantaine" for May Day in front of the Régie du logement offices. 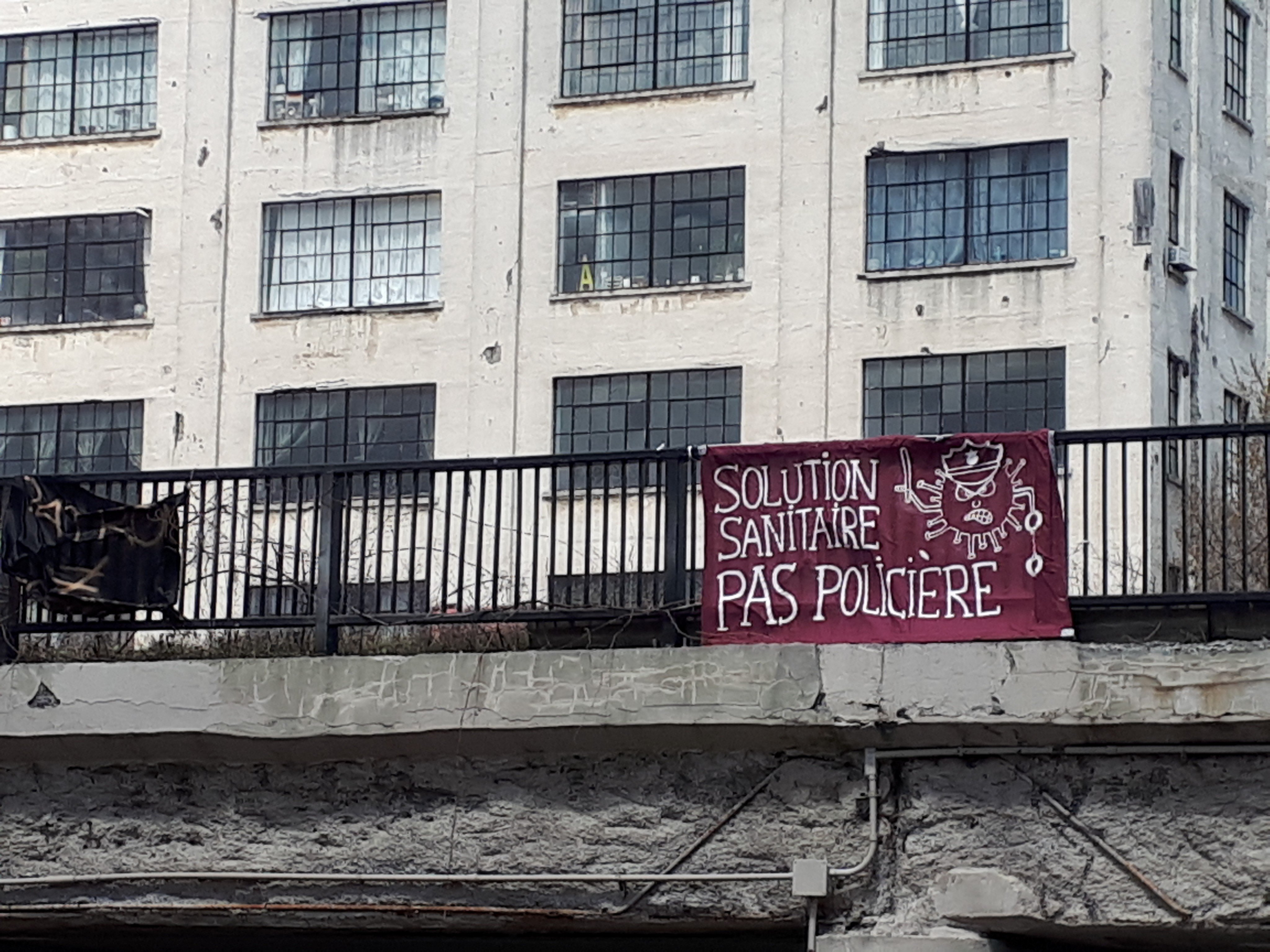 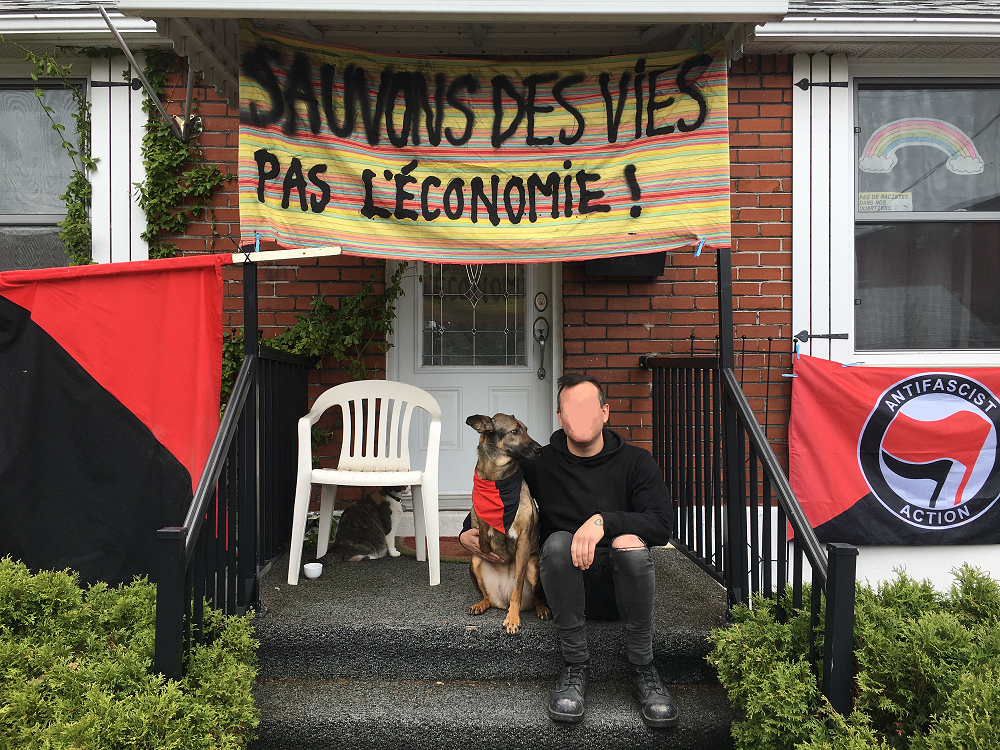 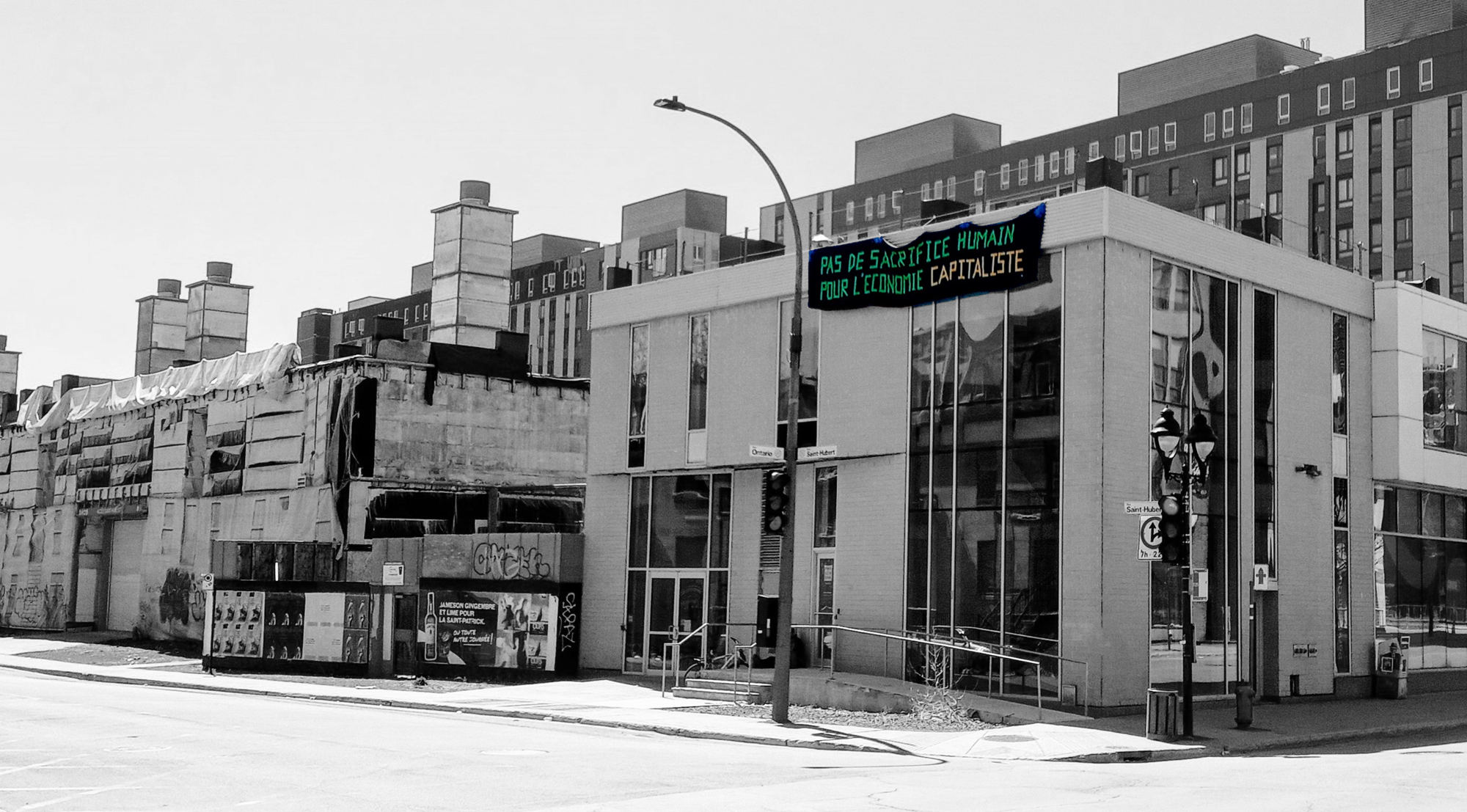 Banner seen corner of St-Hubert and Ontario: "No human sacrifices for the capitalist economy"

Other actions:
Lanlord Association's Offices Flooded for May Day 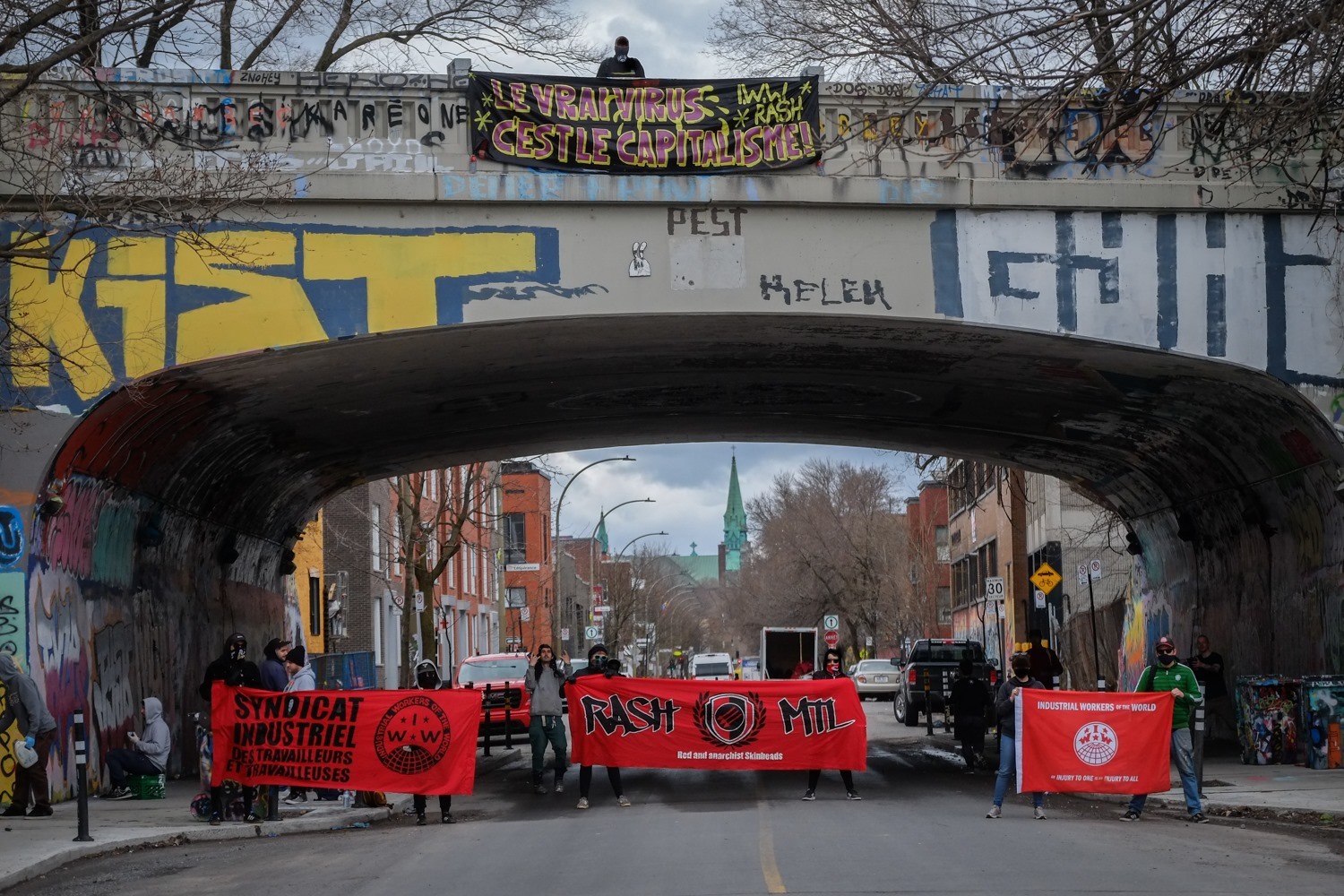