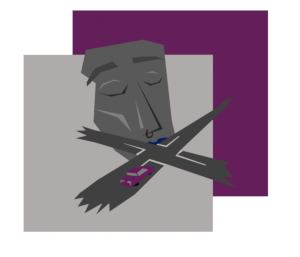 Intersectionality is mentioned in about all of social science literature nowadays. Typically, this concept shows the interdependent relation between generic situations and how different domination systems can overlap. Intersectionality is however, as it presents itself historically, an analytical tool developed especially with the aim to build an understandable holistic view of the critics of capitalism, patriarchy and racism. It is why this concept is so important for environmental struggles.

A number of Black American feminists, like Audre Lorde, Barbara Smith and Angela Davis outlined early on, how difficult the condition of Black American women was. In the 1970s, to make matter worse, many Black women felt they were excluded from both the Black liberation movement and from the feminist movement. This gave them very little space to express their issues in the liberation theories of the time. Despite this, they kept being deeply involved in the struggles for women’s rights, for Black liberation, and in the anticapitalist struggle. Angela Davis, among other authors, presented in “Women, Race, & Class” how the living conditions of Black American women cannot be split from the poverty generated by capitalist processes. Therefore, when Kimberlé Crenshaw presented the concept of intersectionality, there was already almost 20 years of political writings produced by revolutionary political movements. These writings presented the effects of these domination systems, and demonstrated how they were especially visible in the context of people affected by more than one.

This analysis was nevertheless an overthrow of the classic White Man’s World, in which racialized people and women were considered exceptions to everything. The objective of the intersectional analysis was to put back these so-called “margins” to the center, to prevent a few privileged voices from shutting down the specificities of their struggles. Anticapitalist, feminist and antiracist struggles were the bases of these analyses, which aimed explicitly to overthrow the capitalist, patriarchal and white supremacist system by making links to Marxism. Intersectionality and Ecology

At this point, the capitalist system and its insatiable need for growth have been damaging Earth’s ecosystems for a long time. The intersectional perspective, as a critic of capitalism, can put into context a number of concepts, among them the concept of “responsible consumption”. Responsible consumption can effectively be used to cast aside poor populations by blaming them for the planet’s degradation, since they do not put enough effort into buying “ecological” goods. The worst contradictions come out when we take into account how non-white communities are affected by those politics. For instance, campaigns to forbid bottled water do not take into account that many Indigenous reserves do not have access to clean drinking water. As anarchists say, it is important to take into account the most marginalized populations if we want to develop a solution which will free everyone.

Additionally, taking into account the importance of racism in the creation of capitalism can help understand the dynamics in which relatively autonomous communities see the implantation and intensification of capitalist exploitation. Effectively, capitalism is always looking for new markets and more hands to exploit. This is what we see when Indigenous communities are displaced in order to install new mining projects. Left to their own devices, most of these communities are forced to join the working class of urban centers.

Therefore, Black American feminist writings are relevant in helping us understand the challenges raised by the current climate crisis. An intersectional perspective contains in its roots, an anticapitalist, feminist and antiracist perspective. This perspective is essential if we want to avoid reproducing the inequalities in the new society that we want to build, from the ashes of the old.