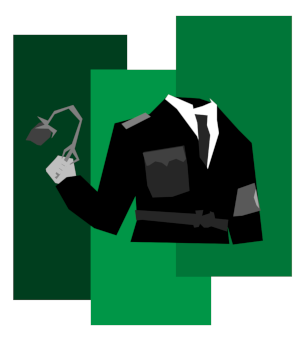 Ecofascism is an ideology that merges neo-fascism with environmentalism. Ecofascists share many of the same concerns as radical leftist environmentalists in that they want to protect the Earth, as well as animals, from the ecological destruction that has been brought on by capitalism. Where they differ, of course, is that ecofascists aim to do so through tactics that spawn from racist and white supremacist principles.

Common ecofascist themes include anti-refugee and anti-migration sentiments, population-control, animal rights, Norse mythology and its symbols that were previously appropriated by the Nazis, clean-eating and natural health, an interest in the fascist esoterism embodied by Evola and Savitri Devi as well as in the terrorist agendas of James Mason, and other unsavoury characters like Charles Manson and Ted Kazynski. With a long history of ecofascist thought in both Europe and North America, and with the recent rise of the farright, it is not surprising that several neo-fascist political parties and non-politically affiliated groups have embraced ecofascsist ideas.

Ecofascists believe that lands that were originally inhabited by whites (i.e. Europe), need to be reclaimed as white nations. Of course, ecofascists in Turtle Island and Australia feel the same way about their homelands despite the fact that they are settlers. The gunman who shot up a Walmart in El Paso, Texas, last summer, blamed migrants for the ecological degradation of the United States and proposed genocide as a means towards ecological sustainability. Via their now defunct Twitter page, the B.C.-based identitarian group Northern Identity, states that "the most effective thing Canadians can do to lower emissions, preserve green space and improve housing conditions is to reduce immigration."

Part of the “Fashwave” Neo-Nazi / White Nationalist / White Genocide ideology is preparing for what they perceive to be an inevitable Doomsday. In most cases, these ideologues wish to hasten it and thus launch a revolution such that the White Ethnostate will become a reality in their lifetimes. In their worldview, abiding by the supposed current status quo of multiculturalism and inclusion in western society is unacceptable.

In North America, the Northwest Front is “a political organization of Aryan men and women who recognize that an independent and sovereign White nation in the Pacific Northwest is the only possibility for the survival of the White race on this continent.” The Northwest Front also claims to have “the right to a clean and healthy environment”... as well as “providing social, racial, and environmental stability while serving as a constant source of spiritual renewal for man in close rapport with Nature”. Their flag of blue, white, and green represents the sky above, the land below, and (white) people in the middle. The Northwest Front was mentioned by Dylan Roof in his manifesto when he murdered nine African Americans during a prayer service at the Emanuel African Methodist Episcopal Church in downtown Charleston, South Carolina.

The Pine Tree Gang, a more militant offshoot of the Northwest Front, is a group of ecofascist Unabomber enthusiasts based in the northwestern region of the United-States. The group's aesthetic mimics that of Atomwaffen Division, another decentralized cellbased organization responsible for at least five murders. On October 20th, 2018, the Pine Tree Gang announced the launch of a new website called the “Eco Fascist Order”. Essentially, it is an organization formed by some of the most prominent Pine Tree Gang and Northwest Front members to recruit likeminded white nationalists to a cause that is both fascist and eco-friendly. Both the Pine Tree Gang and the Northwest Front are proponents of the theory that there is a home for the white race in a place called “Cascadia”, which is supposedly located in the United-States, in Idaho, Oregon, Washington, and western Montana. They believe Cascadia is the White Ethnostate of the future; a pure, untouched, exclusively white homeland.

With politically-mixed ecological movements (e.g. Extinction Rebellion) coming to the forefront, it is important to watch for infiltration of right-wing activists. Ecological discourse centered around population control, immigration policy, and purity in any form must be countered. A decolonial approach needs to be prioritized, with Indigenous people at the forefront. Social justice and environmental justice must go hand-in-hand.