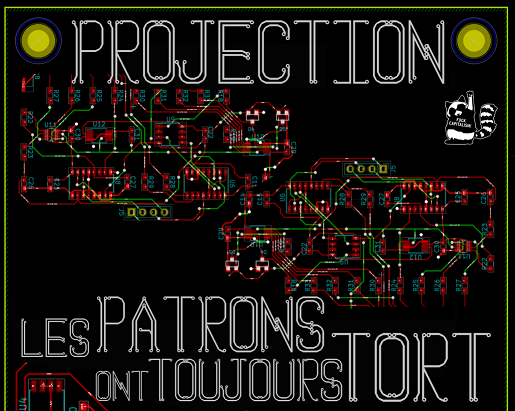 Release of a documentary short from CLAC

The screening will be followed by a panel discussion about work with the following speakers:

Eight hours of sleep, eight hours of work and eight hours of leisure. For over forty years, we will most likely spend more than forty hours a week carrying out a series of trivial tasks that require no specific training in order to increase our "efficiency" at work.

Did workers’ struggles, in spite of their achievements, have actually slowed down capitalist growth. Can we both improve our working conditions, reduce the speed of employer wealth accumulation at our expense and strive towards a more egalitarian society?

In the last decades, many libertarian ways of thinking and many social movements have developed — in theory and in practice — a radical criticism of labor, in which the fundamental problem is the centrality of "productive" and wage labor in human activity, at the expense of the other spheres of life.

Bosses Are Always Wrong! (30 mins, French with English subtitles.) examines the gradual transformation of trade unions into corporatist organizations, with their approval of the market logic and job creation at all cost, with all the contradictions that this implies. The documentary also looks into a variety of issues that are too often ignored by labour movements (the environment, patriarchy, migrant worker conditions, etc.) and brings to light the contributions by anti-authoritarian and feminist struggles and analyses that lead toward a genuine emancipation for all. Finally, what is the route along which to move forward and how to avoid the obstacles we will encounter along the way?

Because building the world to come starts with challenging the foundations of the world as we know it today. Hope to see you there!