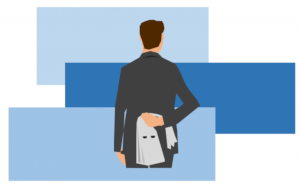 Racialized people are victims of many forms of discrimination. For instance, during the 2016 census, the income of people reported as belonging to visible minorities was 30% lower than white people. Another example is the fact that polluting factories and city dumps are often found on land populated by Indigenous and racialized people. One may assume that capitalist developments simply prefer territory inhabited by poorer people, but wealth does not explain what is seen in the field. In practice, capitalist developments are often used as a pretext to enforce racist ideology. [1]

We can see that, generally, public opinion is much less receptive to the discourse of racialized people. What happened in Oka is a glaring case. Following the announcement of a real estate sale in Kanehsatà:ke in order to build hundreds of luxury houses, the band council wrote a letter to the developer to ask him to follow the XVIIIth century treaty which recognized their entitlement to the territory targeted. Note that this is only a simple letter: there is no mention of protests, blockages or any other actions typically provoking negative press coverage. Following this letter, the Oka city mayor answered that this would make the city landlocked by “cigarette huts”. This caricature of Indigenous culture discredits native speakers and makes it especially difficult for nonwhite communities to make any demands, in part due to racism within the public opinion.

This racism is reinforced by the fact that racialized communities have more difficulty to defend themselves legally against these types of attacks. They have a lower graduation rate than white communities, and consequently lower income, which offers them fewer means to hire lawyers – in the instances when there are any willing to defend their cause. These communities therefore find themselves even more marginalized.

Another important aspect of environmental racism is that the geography of Indigenous communities are not accounted for in the Canadian and Quebec territorial development. Pine forests, rivers and animals do not initially have a market value, that is until they are exploited as a natural resource. Consequently, they are not considered as important as bridges, mines, dams or outfitters. This major distinction displayed by the government’s decisions, significantly devalues Indigenous resources and very negatively impacts their community. A striking example is the drowning of 10,000 caribous in the Caniapiscau river in 1984 during a massive opening of the gates of a Hydro-Quebec dam. This example shows how different the value is given to buildings, flora, and fauna within a given territory. For Capital, nothing exists if it is not colonized, an attitude causing irreversible damage to local communities.

In the same way, the importance for Indigenous and racialized communities to stick together is another value not considered by development projects. For instance, in the early 1970s, the Quebec City Chinatown was razed in order to make space for the Dufferin-Montmorency highway. In Nova Scotia, the case of Africville is especially telling: Africville was a black neighborhood since the 1860s, founded by black loyalists [2]. Africville saw, on its territory, the building of a slaughterhouse, a city dump, and countless railroad tracks, before being completely destroyed in 1965. In these two case, the communities were divided in order to be better diluted within the urban fabric.

Beyond simple economical concerns, within our own borders, white people are less likely to see polluting and disturbing developments in their neighborhoods. Despite the marked disparities in the health and quality of life of poorer populations, racialized and Indigenous populations are particularly impacted by development projects, due to the systematic racism supported by the capitalist elite. They maintain their power by appropriately appealing to the silent white majority. This takes the form of development projects having a disproportioned negative impact on racialized communities.

Our struggles must therefore go beyond the “Not In My Backyard” mentality, because the consequence often leads to the problematic project being relocated to the backyard of the most vulnerable. We must strike the issue at its root: the infinite economic growth necessary for capitalism’s survival. In the end, the complete abolition of this economicist mentality is mandatory if we want to attack the fundamental problem of racism blighting our societies.